Amina Kathryn Erickson (1941–2014) and the women of the Sufi Choir recorded Pure Diamond, with words by Richard Tillinghast and music by Allaudin Mathieu, in 1973. Written especially for Amina but never released commercially, the track has been remixed and remastered with modern technology, and is now accessible to all who have ears to hear her inspired, prescient music.

Please download as a gift from Amina and those who sang with her during her loving and beneficent life.
Pure Diamond 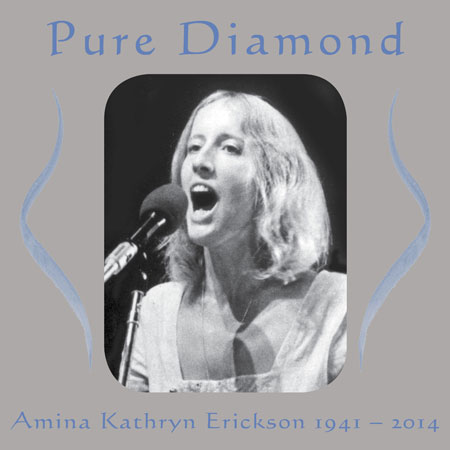